For the Lovers of the world, February 14th was the day to look forward to this month. But for the Players of Ingress, it would have been hard to compete with the 21st.

Ingress is a free-to-play massively-multiplayer augmented reality smartphone game created by Google. As that ridiculous genre list may tell you, it’s also an incredibly complex game. So I’m going to split this into two sections. The first section will briefly review the mechanics of the game, while the second section will report on a real-world Ingress event from the 21st. 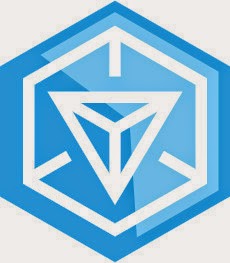 Allow me to bottom-line the game for you:
Gameplay in Ingress revolves around “portals,” game-world locations which are linked to real-world locations (churches, museums, public art) via GPS coordinates. In order to interact with a portal, a player must physically travel to its real-world location. It is essentially a gameified version of Google Maps.

Players also have a limit on how many high-level resonators they can put on an individual portal, based on their level. Even the highest level players can only deploy one level 8 resonator on a portal, so making a level 8 portal requires eight high-level players to gather in a single location.

Friendly portals can be “linked” in straight lines on the map. When three portals are linked to make a triangle, a portion of the map is covered in a green or blue field. Each team's score is determined by how much of the Earth's surface is covered in their fields. Since links cannot cross other links, setting up large, strategically valuable fields requires cooperation from all allied players in a given area.

Boldly They Rode: The Battle of the O. Lamar Allen Sustainable Education Building

To cover this historic event, I was embedded with the heroes of Team 3C, a group of Enlightened players in downtown Atlanta. I was originally scheduled for Florence, but it turns out that I am not an actual war correspondent and thus do not have an expense account.

The mood was tense in the pre-game meeting, where over a dozen Enlightened players crammed into a single hotel room. The results of Anomalies affect the ongoing in-game story of Ingress, and the Smurfs were coming off of a winning streak in 2014. Team 3C was tasked with taking and holding portals of extreme importance to the future of the human race - if we lost the day, humanity would be devoured by an evil supercomputer and/or aliens.

We discussed strategies, recommended apps for communicating (GroupMe) and improving phone performance (NoRoot Firewall). These apps would be crucial for coordinating Team 3C’s actions within the team and with other Enlightened teams in the area.

One thing that has changed since the earliest days of Ingress is the development of distinct combat roles during Anomalies. The rising stakes of the game and the greater number of players has made specialization a necessity. I was assigned the role of Destroyer, tasked with using Bursters to clear out enemy portals and resonators. Others were assigned as Modders, Deployers, or Linkers.

Team 3C’s first target was the O. Lamar Allen Sustainable Education Building on the Georgia Tech campus. Well, technically it was a plaque on the front of the building, but whatever. We marched across the campus grounds and took strategic positions around the building.

Team 3C arrived first and was able to upgrade the portal to Level 8 without interference. We installed shields and waited in the icy post-dawn air for the enemy to arrive. We traded war stories of Anomalies past and reminisced about our distant homes: Kentucky, Tennessee, and the suburbs of Atlanta.

Then, a contingent of Smurfs came charging (well, strolling) over a nearby parking lot. The battle had begun. Within minutes, the O. Lamar Building was a hotly contested battlefield – in the game world.

The portal dropped from Level 8 to Level 3, despite our Deployer’s efforts to replace the destroyed resonators. The Destroyers switched roles and joined the effort to defend the portal. My phone’s battery drained at an unsustainable rate. Even a seasoned imaginary war correspondent such as myself wondered: could Team 3C hold?

Then the surrounding portals went blue and my blood froze: the Smurfs were trying to throw a field over the Lamar. It was time to do and die. With imaginary bombs exploding around us, Team 3C’s valiant Destroyers readied our smartphones and charged the enemy position across the parking lot.

Although we were unable to hold the enemy’s portals, we were able to keep them busy, and above all, away from the Lamar. The Deployers redoubled their efforts to replace our destroyed resonators. Team 3C would hold – but at what cost?

And then, a miracle.

Deep in the backwoods of Georgia, three teams of strategically placed Enlightened players placed three links that blanketed half of Georgia in an emerald field. 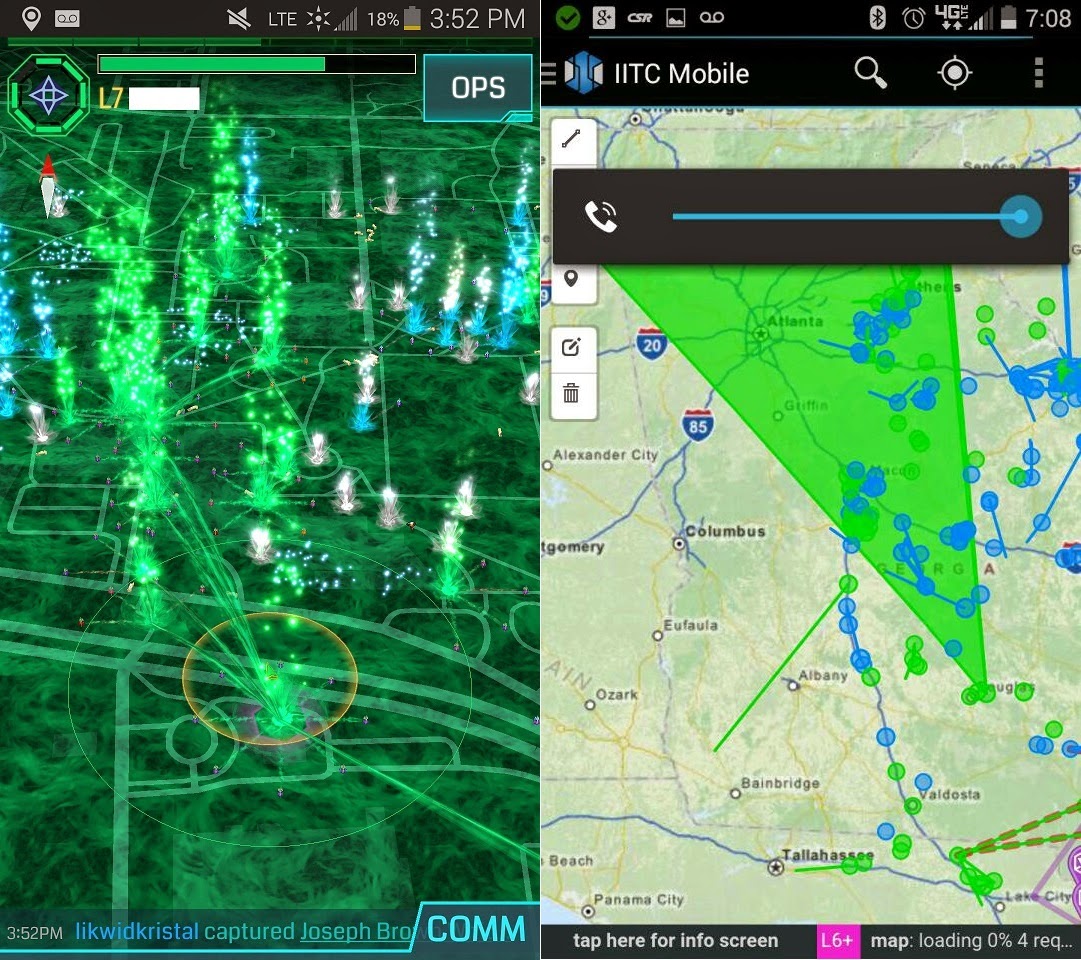 A cheer went up from Team 3C. The brave soldiers who placed that field missed out on the excitement of the Anomaly, but their sacrifice of time and gas money would not be forgotten – or wasted. We attacked the Smurfs with renewed vigor and drove them back beyond the parking lot.

The battle was over, but the war was not. Team 3C saw three more engagements that day which time will not permit me to tell. But will an ungrateful nation soon forget The Battle of The Wells Fargo Mural, where we braved light precipitation? Or the horrors of the Long March to the Tuscany Time Piece, which was several blocks from the Wells Fargo Mural?

But then, Team 3C did not give their Saturday afternoon for the glory or the honor. We laid down our time and battery lives for something more important, something which will echo in the annals of history: experience points.

At the end of the day we made our final march back to the hotel for the after party, spirits lifted with the heady thrill of victory and whiskey. On the way, we stopped by Google’s offices in Atlanta for a team picture.

And Frogs in Georgia now-a-bed
Shall think themselves accurs’d they were not here,
And hold their manhoods cheap whiles any speaks
That fought with us upon Saint Pepin’s day.